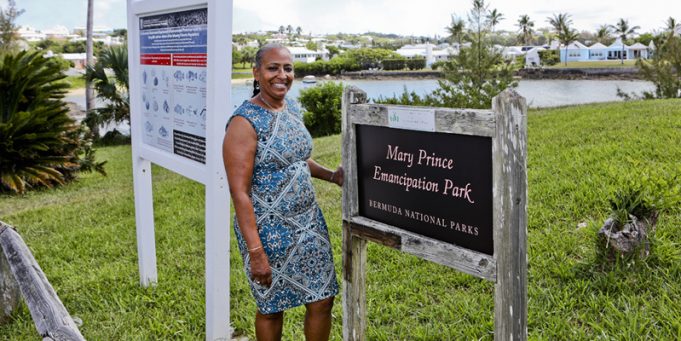 In the lead up to the first observance of the Mary Prince holiday on July 31st, the Minister of Community Affairs and Sports Lovitta Foggo recently unveiled the new signage for the Mary Prince Emancipation Park.

“The public will be aware that on July 17, Minister Foggo formally announced the Government’s intention to rename Devonshire Bay Park after one of Bermuda’s iconic National Heroes – Mary Prince.”

During her recent presentation to the House of Assembly, Minister Foggo said, “In February, the House approved an amendment to the Public Holidays Act 1947 to rename the second day of Cup Match from Somers Day to Mary Prince Day. 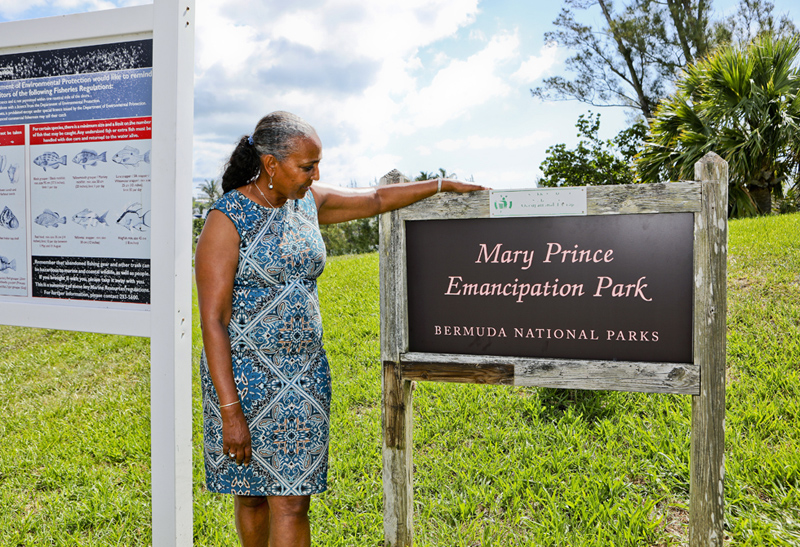 “At that time I advised that our National Hero, Mary Prince, is recognised on the world stage for the crucial role she played in the abolition of slavery throughout the British Empire by telling the painful story of her life as an enslaved person. So, it’s only fitting that the second day of Cup Match be renamed for her.”

Minister Foggo continued, “It’s also fitting that we provide a suitable location for education and reflection not only on the legacy of Mary Prince, but for those who have followed her in pursuing social justice and change in Bermuda.”

“The Minister explained that the Department of Community and Cultural Affairs along with representatives from the Department of Environment and Natural Resources, the Department of Public Lands and Buildings, the Ministry of Education and Bermuda’s visual arts community considered a number of sites. Based on their detailed recommendations, Devonshire Bay Park was determined as the as the most appropriate site.

Minister Foggo added, “This site has historical significance. Mary Prince was born in Brackish-Pond. Brackish Pond was the colloquial name at that time for the parish of Devonshire and most of the houses where she was enslaved were also in Devonshire.

“This site reflects her connection to Devonshire as well as the Park’s good access and central location. This location is also reflective of the tranquility and proximity to the ocean facing south, as an acknowledgement of the parts of her life spent in the Caribbean. Ultimately, we believe that this area provides an ideal location to commemorate Mary Prince.”

Minister Foggo notes that public consultation on the design and siting of a suitable monument to recognise Mary Prince will soon commence. 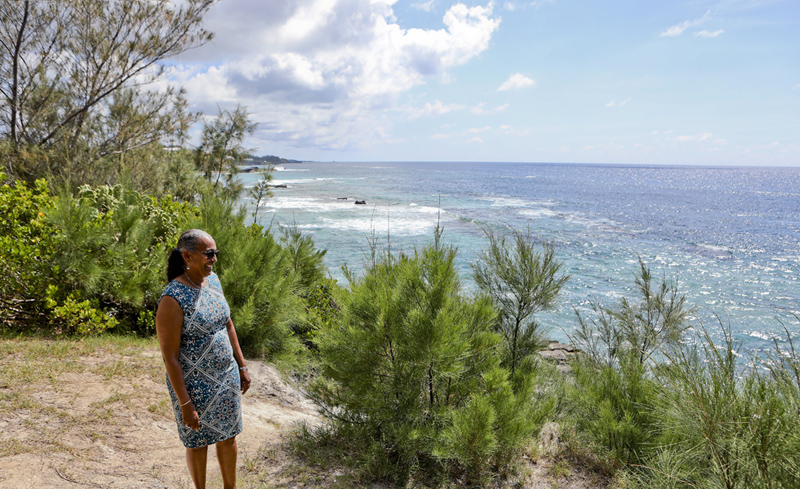