2020 marked the first year the island ‘officially’ recognized Mary Prince Day, with the second day of Cup Match named after the iconic Bermudian who authored a book detailing her first hand experience of being enslaved, helping to galvanize the anti-slavery movement.

In February 2020, the island’s Parliament approved an amendment to the Public Holidays Act 1947 to rename the second day of Cup Match from Somers Day to Mary Prince Day. 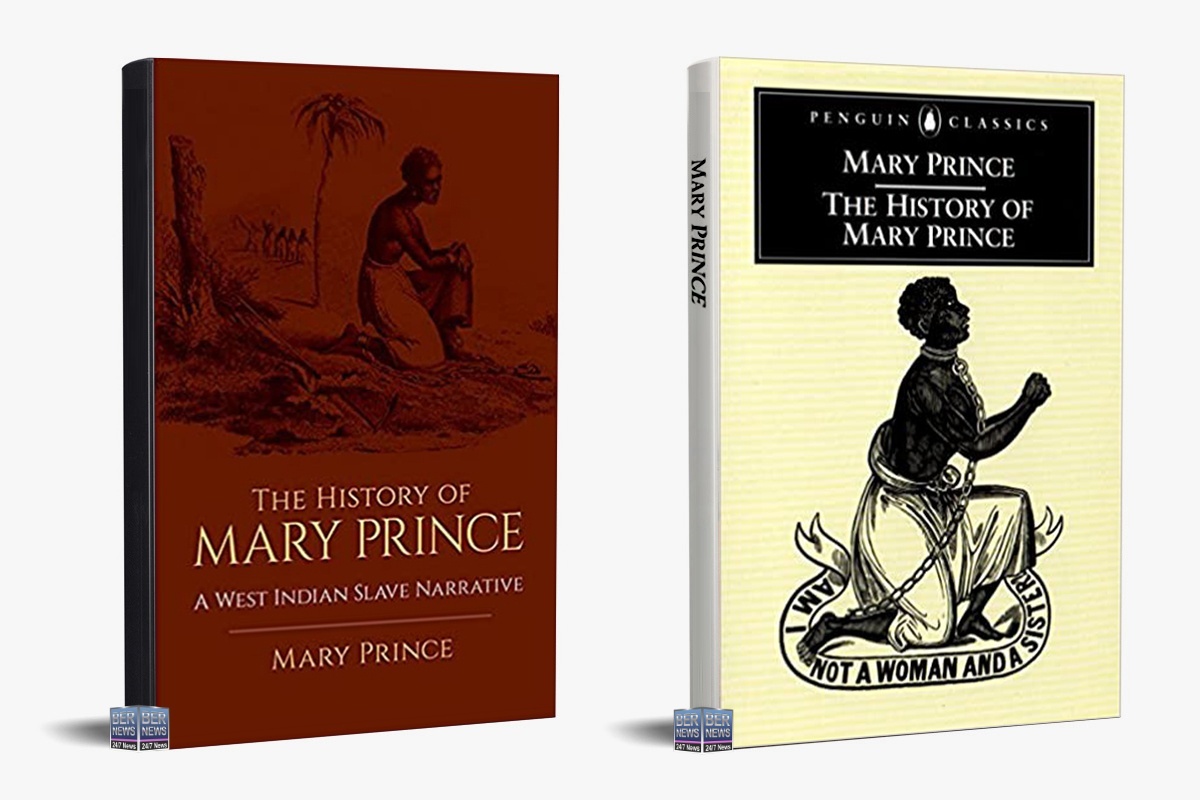 In naming her a National Hero in 2012, the Bermuda Government said, “Mary Prince’s book ‘The History of Mary Prince,’ published in 1831, is significant because it was instrumental in helping to dismantle slavery in Bermuda and the Caribbean.

“According to biographical records, it was the first account of the life of a black woman to be published in the UK.

“A first-hand description of the brutalities of enslavement, released at a time when slavery was still legal in the British Caribbean colonies and Bermuda, it had a galvanising effect on the anti-slavery movement. Mary Prince spoke of slavery with the authority of personal experience.”

Mary Prince was featured as a Google Doodle in 2018 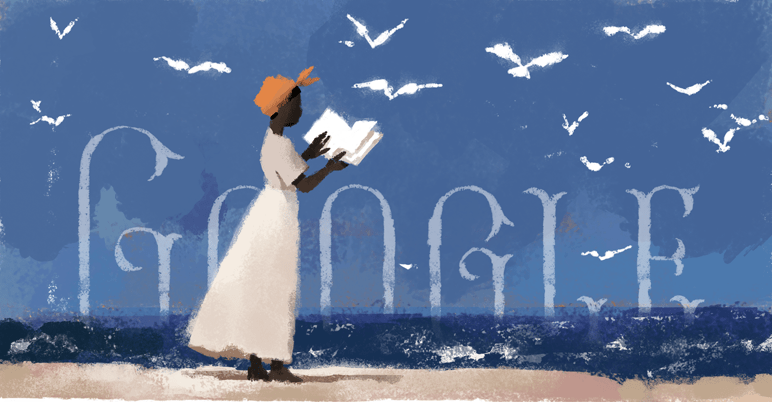 Over two centuries after her ground breaking book, Ms Prince was featured as a Google Doodle, gracing the homepage of the search website on October 1st, 2018.

Ms Prince is believed to be the only Bermudian featured as a Google Doodle, which is considered a highly prestigious honour in the 21st century.

The search engine giant linked to a page on their website which provided a biography of Ms Prince, saying: “On this day in 1788, Mary Prince was born in Brackish Pond, Bermuda.

“In 1829 Prince became the first woman to present a petition to Parliament, arguing for her human right to freedom.

“Two years later Prince published her autobiography, making her the first black woman to publish a slave narrative in England. Her book played a decisive role in turning British public opinion against the centuries-old institution of human enslavement.”

“Published in 1831, the book caused a sensation, going through three printings in the first year alone.”

A plaque in her honour at School Lands Cottages in Bermuda 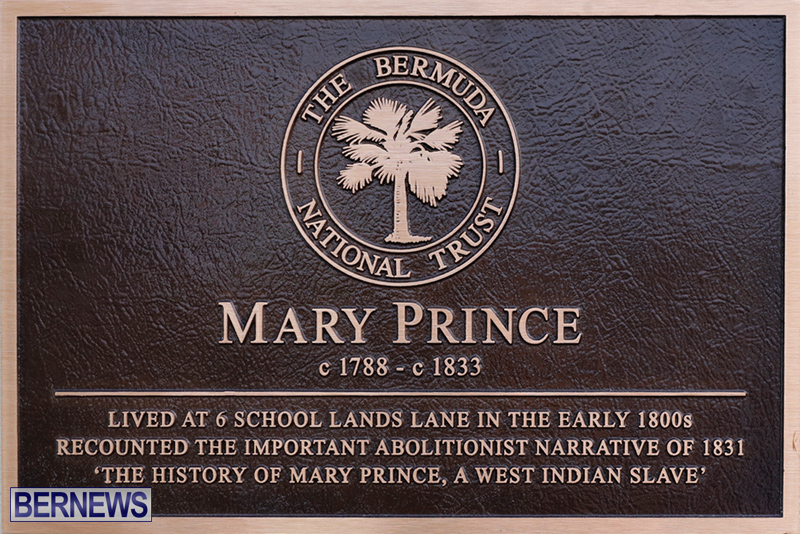 In July 2020, then then Minister of Community Affairs and Sports Lovitta Foggo announced in Parliament that Devonshire Bay Park will be renamed as ‘Mary Prince Emancipation Park.’

Minister Foggo said, “Devonshire Bay Park was determined as the as the most appropriate site.

“Mary Prince was born in Brackish Pond. Brackish Pond was the colloquial name at that time for the parish of Devonshire and most of the houses where she was enslaved were also in Devonshire.

The Park has been renamed “Mary Prince Emancipation Park”

“This site not only reflects her connection to Devonshire, but the Park’s good access, central location, tranquility and proximity to the ocean facing south as an acknowledgement of the parts of her life spent in the Caribbean provides an ideal location to commemorate Mary Prince.” 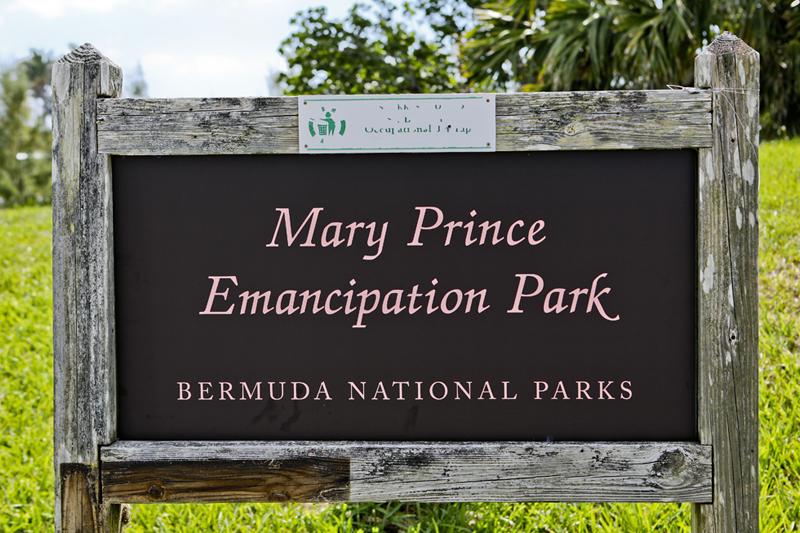 “I am often much vexed, and I feel great sorrow when I hear some people in this country say, that the slaves do not need better usage, and do not want to be free,” Mary Prince wrote in her book.

“They believe the foreign people, who deceive them, and say slaves are happy. I say, Not so. How can slaves be happy when they have the halter round their neck and the whip upon their back?

“Thought no more of than beasts and are separated from their mothers, and husbands, and children, and sisters, just as cattle are sold and separated.”

“This is slavery. I tell it, to let English people know the truth; and I hope they will never leave off to pray God, and call loud to the great King of England, till all the poor blacks be given free, and slavery done up for evermore.

“All slaves want to be free, to be free is very sweet,” she said.

A few years after she penned those words, Great Britain’s Slavery Abolition Act was passed freeing enslaved people in British colonies, and almost two centuries later her island home officially celebrated a holiday recognizing Mary Prince’s role in helping to end one of the greatest atrocities in history.