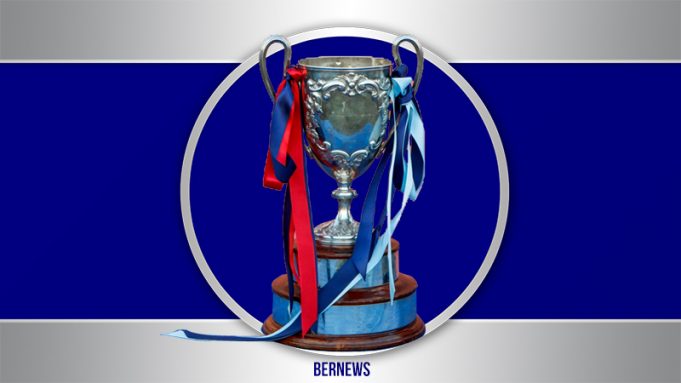 The build-up for Cup Match every year sees fans of both Somerset and St. George’s playfully roasting the other side. The game has grown tremendously from its inception in 1902, but its roots run much deeper than the first game.

After the abolition of slavery on August 1, 1834, Black Bermudians formed Friendly Societies to help look out for each other. These societies helped set up the first celebrations of freedom by hosting picnics and taking unauthorized days off work.

From the picnics, a cricket game evolved as part of the day’s celebrations. The cricket match pitted the lodges from the west [Loyal Victoria & Albert Lodge] and east [Somers Pride of India] ends of the island against each other.

Alma ‘Champ’ Hunt wrote in the 50th anniversary of Cup Match that after a game between the east and west end Friendly Societies in 1901 at Garrison Field in St. George’s, Jim Packwood suggested the two sides play for a cup. Henry Cann, secretary of Somerset Cricket Club, ordered the cup from Gold, Smith & Company in London in 1902.

As a harbinger of great things to come, the first innings of the first match was a thriller as it ended at 73 apiece. If there had been an MVP award for the three games, surely fast-medium bowler Joe Brangman of St George’s would have won it. He took 10 wickets in the first game, including five wickets for three runs with nine maidens in 10 overs!

In 1903, the two-day format as we know it now came into play. Champ Hunt wrote, “There is no written authority as to the reason for this. Some of the old-timers say there was a blow-up in one of the games which influenced this change.” That year also saw the first time either club reached a century as A. Swainson and Nicky Calabrass led St George’s to victory while Somerset’s high batsman only had 12 runs.

In 1904, C. Trott of Somerset scored the first half-century with a fine knock of 59 not out at Garrison Field. It was also the first time a club had scored 200 total in a match.

It isn’t noted when St George’s chose its colours of dark and light blue. However, it is credited to tailor Harold Darrell picking them, which were the same as Oxford and Cambridge universities.

The 1910s were a period of Somerset domination as the club reeled off six victories in a row.

For the first 20 years, the date of Cup Match bounced around from as early as July 20th to as late as August 12th before becoming codified to the last Thursday and Friday before the first Monday in August.

One of the significant changes occurred in 1921 when Wellington Oval opened as the new home of cricket for St George’s. Long-serving president W. S. Cooper ensured the purchase of the property from the Kennedy estate.

An immediate change was red clay was used as the pitch. That didn’t last long as it gave way for cinder the following year. It also turned out to be a one-year experiment as concrete with coconut matting was used in 1924. Maybe St George’s should have stayed with the cinder as they won their only match on the surface by 25 runs.

The first innings defeat in Cup Match history happened in 1926 when St George’s won by innings and 49 runs at Wellington Oval.

The 1930s were another period of Somerset excellence as they reeled off six straight triumphs from 1930-1936.

That era also saw the retirement of Somerset’s Warren Simmons. His 22-year span ended with him being the top wicket-taker with 94. Simmons, a former SCC captain, would also go on to be president of the club. For good measure, he was also the first Somerset player to 500 runs.

SCC managed to hold the cup with a draw in 1937, but that match will be remembered for a new milestone being set.

More than 16,000 fans witnessed Cup Match history when St George’s Edward ‘Bosun’ Swainson blasted the first century. He recorded 122, shattering the old record of 82 by ‘Champ’ Hunt, which was set in 1932. Swainson notched his 100 by pulling Cup Match legend, Arthur Simons, over the leg boundary at Naval Field. Swainson would bow out of the game in 1942 as the highest run aggregate with 829.

Somerset would remain the cup holders for all but two years in the 1940s. In this decade, two standout events happened. First, the Government finally recognized the two days as an official holiday in the 1940s. The other highlight being SCC’s new ground being used for the first time in 1949. That match was drawn, and it wouldn’t be until 1954 when the red and blue would notch a victory on their new home soil.

The 1950s saw Cup Match great Alec ‘Cocky’ Steede finish his impressive legacy by becoming the first player to record 100 wickets. When he retired in 1951, he ended a 30-year career in the classic, one he started back in 1922.

In what would be impossible to be considered today, Somerset legend ‘Champ’ Hunt coached both teams in the 1952 match. But his integrity was such that he pulled off a feat that will probably never be replicated.

The 1960s was a complete domination by the Calvin ‘Bummy’ Symonds captained St George’s teams. Clarence Parfitt, the greatest bowler in Cup Match history, decimated the red and blue. As a colt in 1965, Parfitt took 7 for 20 in the first innings and followed that up with an 8 for 23. When he retired in 1981, Parfitt held the Cup Match record of 115 wickets.

Somerset introduced a turf wicket in 1971, followed by St George’s in ’72. The heart of the 1960s St George’s batting lineup, Lloyd James, hung up his cleats in 1974, being the all-time run leader with 974. Undoubtedly, the dominance of those teams prevented him from becoming the first player to reach 1,000 runs. Parfitt continued his greatness by exploiting Somerset with a 9 for 47 in 1976.

Neither side dominated as eight of the 10 matches were draws, meaning St George’s got to keep the cup. This would start an era where 27 of the next 40 games were a draw.

The 70s ended dramatically. Led by captain Randy Horton, SCC was finally able to bring the cup back home in 1979, putting a stop to a 20-year drought for Somerset fans as the red and blue’s last victory was in 1959.

The shift from ball to bat continued in the 80s. Perhaps it is fitting that Charlie Marshall set a colt record with an unbroken 100 in 1980.

The blue and blue legend would go on to be the first person to score 1,000 runs in Cup Match, finishing his career in 2009 with a then-record 1,354 runs. Somerset’s Janeiro Tucker would go on to break that, but they would also be joined in the 1,000 run club by brothers Wendell and Clay Smith as well as Lionel ‘Tit’ Cann.

1995 brought around a significant change as the clubs agreed to switch the venue from one year to the next. Previously, the cup holder was rewarded by hosting next year’s classic.

Somerset wrested the cup from St George’s in 2012 and hasn’t looked back. SCC won four of the eight matches played but generally dominated in the draws as well.

In 2020 the Classic was cancelled due to the Covid-19 pandemic and the second day of Cup Match was renamed Mary Prince Day, honouring Bermudian Mary Prince, whose book about slavery is credited with helping to galvanize the anti-slavery movement.